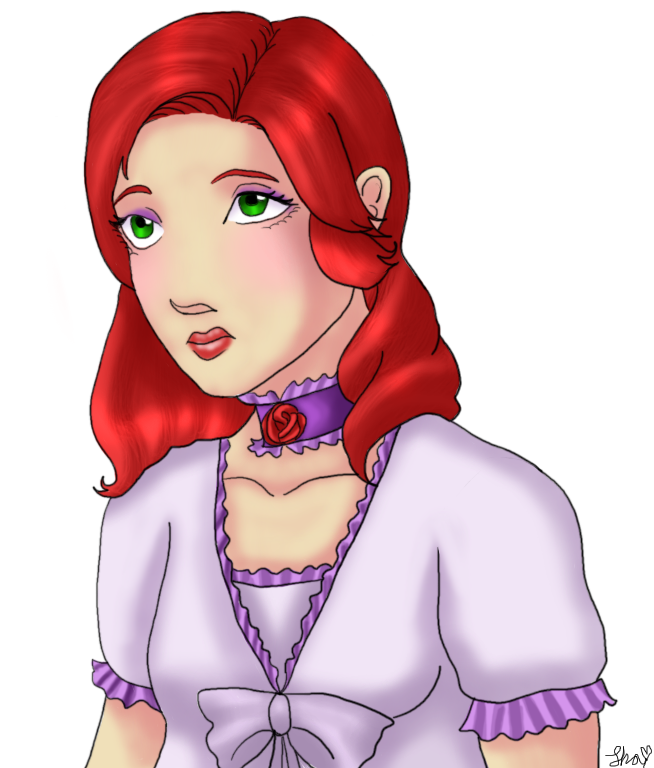 This is Amy, I am entering her in PaperDemon’s art RPG. Here are her stats, and bio:

Amy was born to Marie and Sebastian Belle, with a twin sister named Emily. Both her parents and Emily died from the flu when she was very young. Amy was then adopted by Leopold Florel, and raised as his own daughter. Sometime in her early teen years, Leopold was infected with vampyrism which he passed onto Amy, forever changing her. Leopold became even more protective of Amy after their transformation; thus, Amy has lived somewhat of a sheltered life. Amy had a mother figure named Doctor Carnation Lily, who adopted Amy after Leopold’s supposed “death” – when Leopold returned from the grave, a strange dynamic and rivalry began between her two adoptive parents; who both loved Amy, and both practiced medicine. Amy appears in several of our graphic novel webcomics, and will be making her debut within the next couple of years. Until then, Amy has begun her own adventure in the PaperDemon universe!

I roleplay as both Amy-Belle Florel the little vampyress, and her belle-mere (stepmum), Sha Pris Amaranth who is descended from faeries (aka me as a cartoon character), in PaperDemon's Art Role Playing Game, where I am also a Community Moderator, and New Player Rep.

Fun fact: The PDARPG item Elemensha, which is an elemental crystal, was named after me (Sha is my family nickname).

Love of my Life